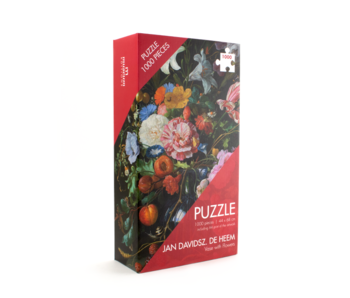 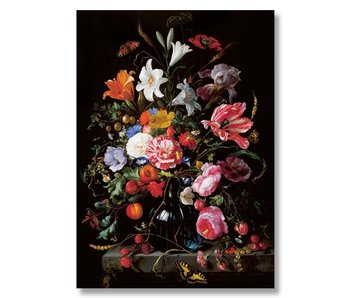 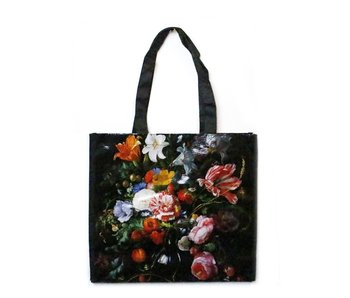 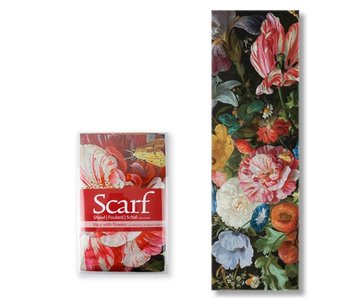 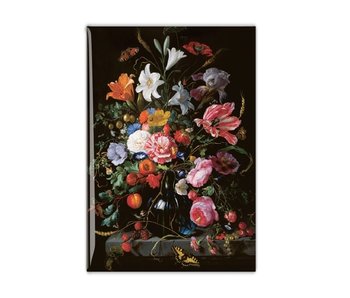 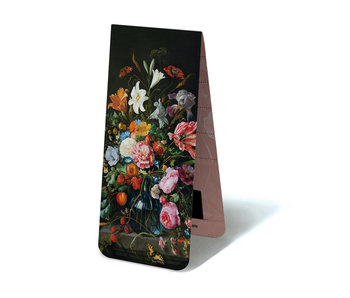 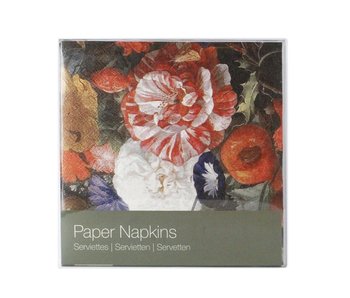 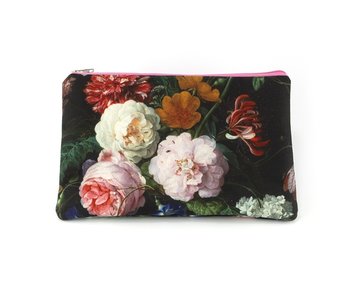 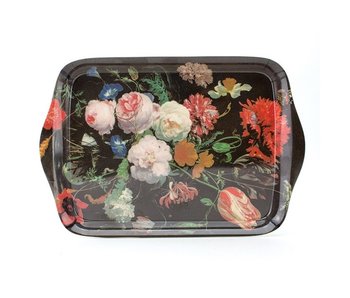 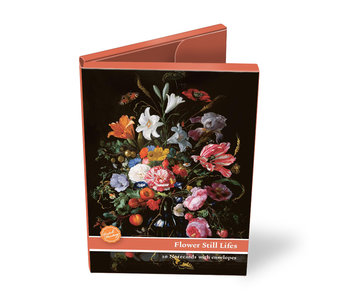 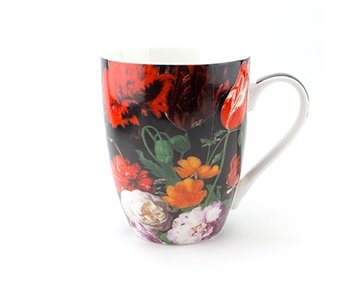 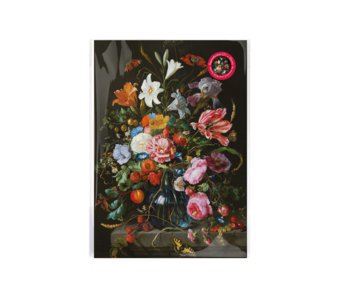 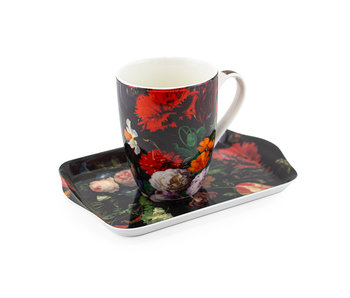 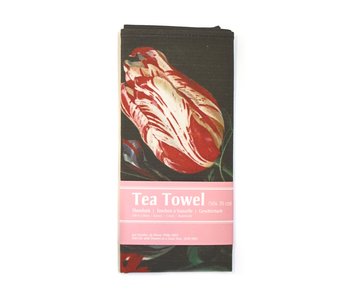 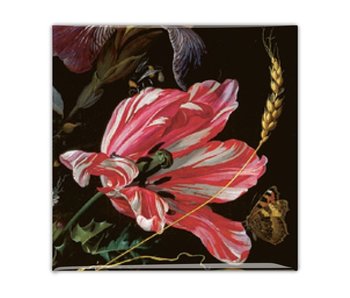 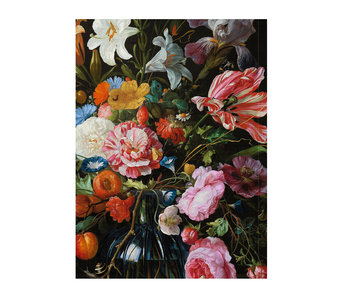 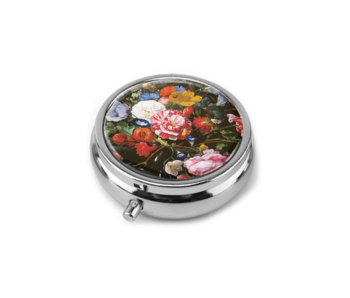 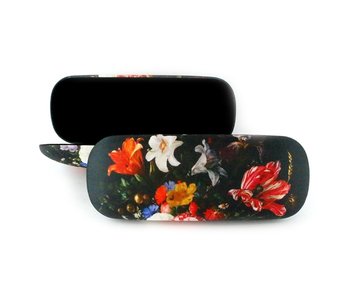 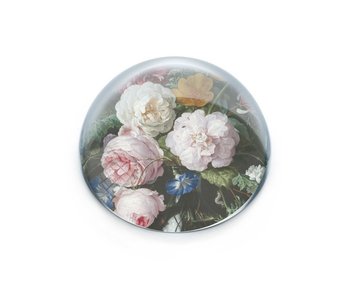 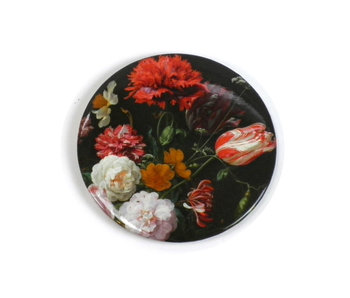 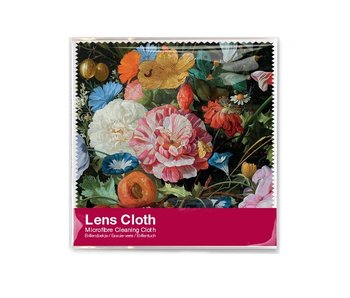 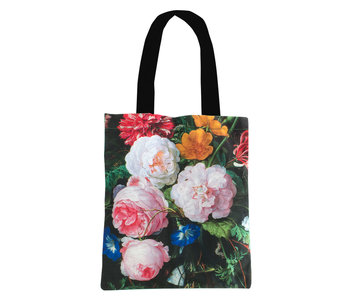 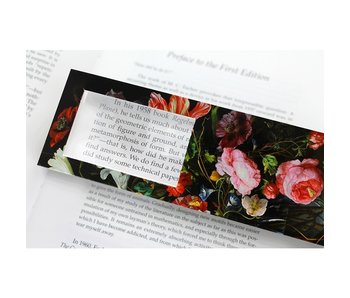 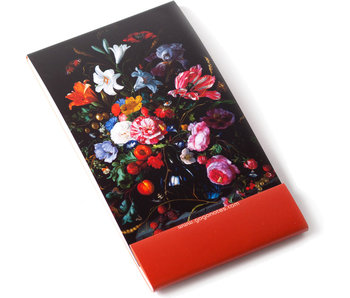 Jan Davidsz. de Heem (1606-1683 / 1684) grew up in Utrecht and was apprenticed to flower still life painter Balthasar van der Ast. In 1626 the painter moved to Leiden. There he made monochrome ("unicoloured") still lifes, in which he varied on one, at most two shades. His subjects were mainly musical instruments and books. After 1631 De Heem left for Antwerp. In this city his work became more and more colorful and elegant. He also changed the subject and focused on displaying fruits and flowers. Although De Heem lived predominantly in Antwerp, he still spent a period of time in the North on a regular basis. He was in Utrecht in 1649 and between 1665 and 1672. The work of Jan Davidsz. de Heem was popular with both buyers and fellow artists.

He also had a large number of students and followers, including Abraham Mignon. Jan Davidsz. de Heem was a very successful painter who achieved great wealth by selling his paintings. He was a central figure of Dutch still life painting in the seventeenth century. His work forms a kind of synthesis between the Dutch and Flemish traditions, and both his Dutch and Flemish colleagues have been influenced by him. He played an important role in the development of the showpiece still life, which gained great popularity in the second half of the seventeenth century thanks to painters such as Willem Kalf and Abraham van Beijeren.

In such still lifes one can find a display of valuables, brought together in a composition of a theatrical, monumental character. Gold, silver, porcelain, glass, shells, flowers and fruits, textiles and musical instruments are among the ingredients of these works. In the Museum Webshop we have many products with the reproduction of the flower still life of De Heem. It is a beautifully brightly painted painting that is actually timeless. There are works by Jan Davidsz in the Rijksmuseum in Amsterdam, the Netherlands, and in The Mauritshuis in The Hague, the Netherlands. de Heem.

The painting brightens up many living rooms in the form of posters or wallpaper. But a glasses case or glasses cloth with the reproduction of De Heem's flower still life is of course an elegant and timeless gift.

The memory game specially made for the Mauritshuis in The Hague and the Rijksmuseum in Amsterdam also features the artworks of the artist De Heem. It is a beautiful way to enjoy these and other paintings with each other, as family or with friends: playing a memory game at the pebble table.

Look for more fun products in this category Games on the Museum webshop.