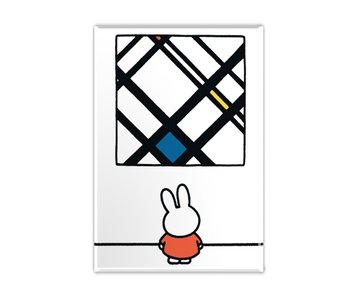 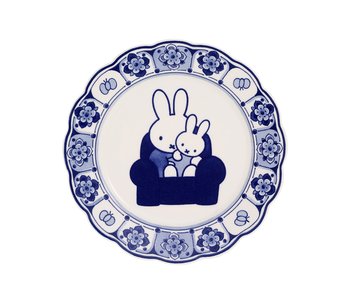 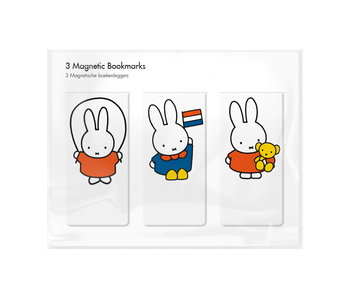 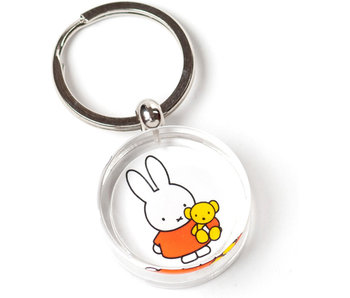 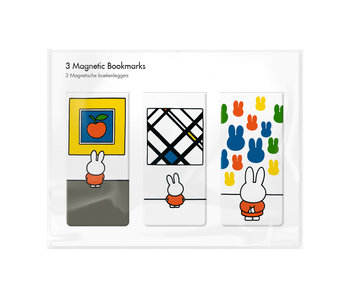 Set of 3, Magnetic bookmark, Miffy in the museum 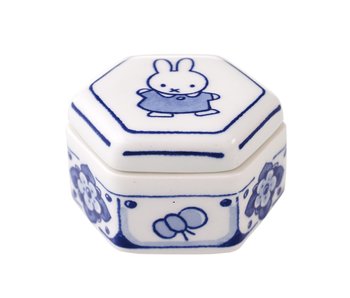 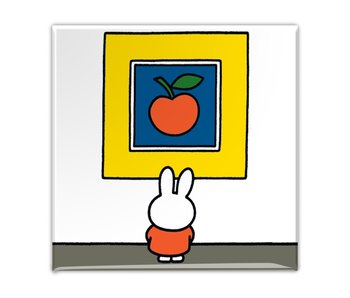 Fridge magnet, Miffy in the museum 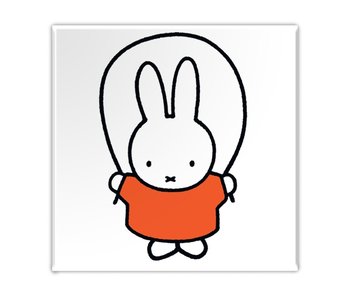 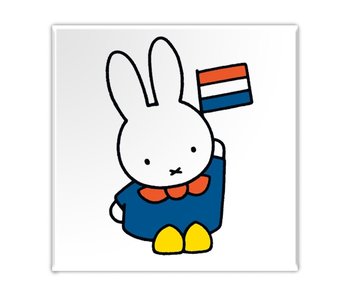 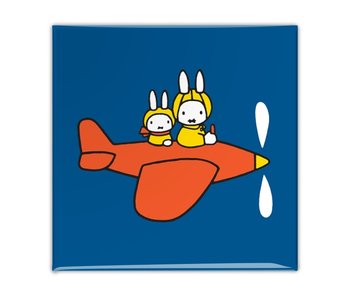 Fridge magnet, Miffy in an airplane 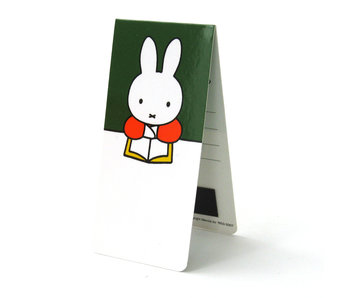 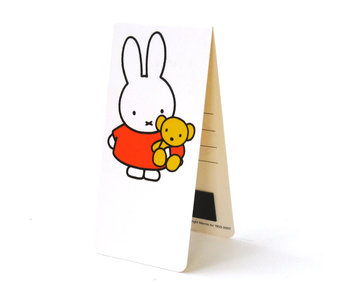 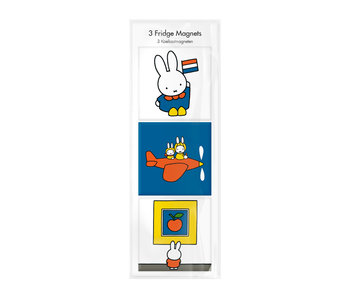 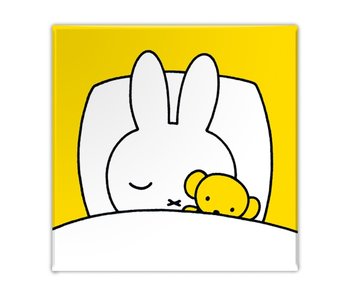 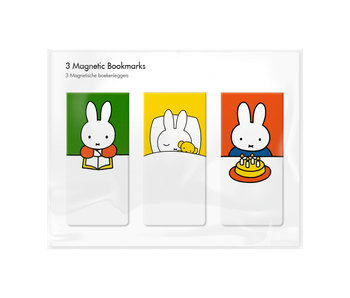 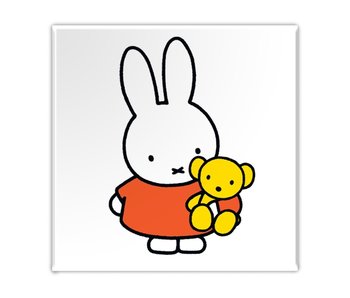 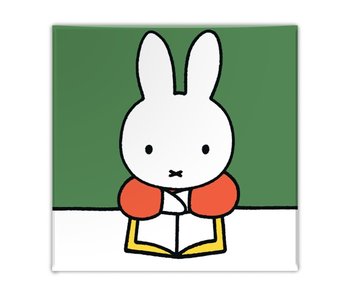 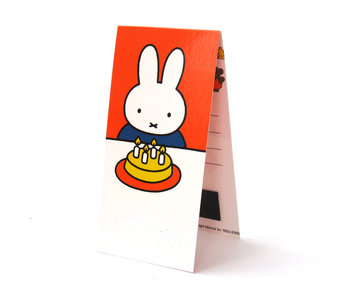 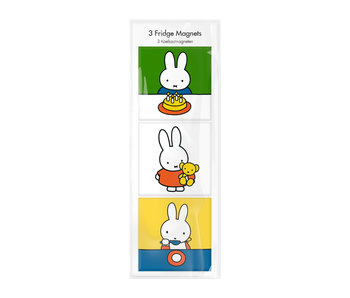 Magnets, Set of 3, Miffy at home 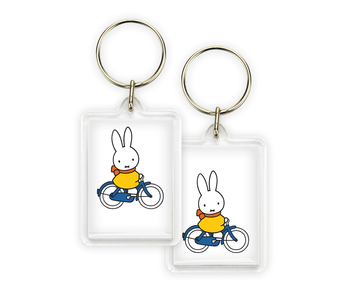 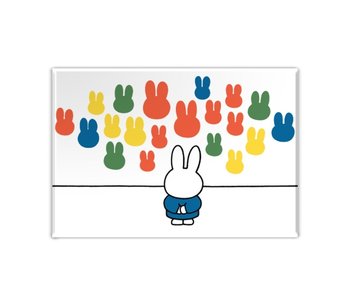 Fridge magnet, Miffy with art on the wall 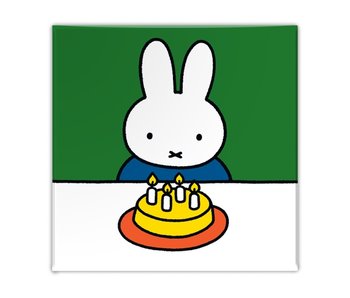 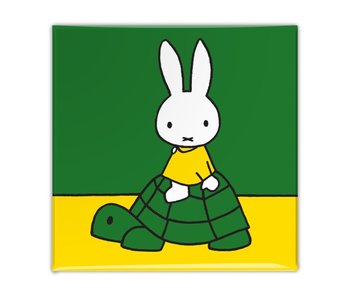 Fridge magnet, Miffy on a turtle 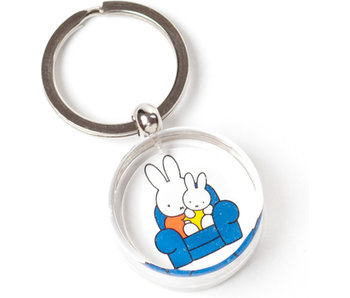 KeyRingz in giftbox, Miffy on a chair on father's lap

Hendrik Magdalenus (Dick) Bruna (Utrecht, August 23, 1927 - February 16, 2017) was a Dutch graphic designer, draftsman and writer of children's books. He became world famous with his children's books about Miffy.
Dick Bruna started his career designing book covers. Between 1952 and 1972 he designed around 1800, including many in the Zwarte Beertjes series, for the thrillers of the Dutch writer Havank.

His first children's book, De Appel, was published in 1953. Miffy is the most famous character in his many children's books; a white rabbit with human features. The first Miffy book was published in 1955. On holiday on the Dutch coast in Egmond aan Zee, Bruna drew this story for his son, inspired by a bunny that was regularly seen at the holiday home. The total of children's books published by Bruna is 124. Well-known main characters are the little pig piglet, the bear boris and barbara and the dog snuffie. A newer creation is the koala bear ko. Bruna also designed educational books on reading and math, colors and geometric shapes. The books are recognizable by their square format. Until 2011 he worked daily in his studio in the city center of Utrecht.

In our Miffy store you will find a wide and diverse range of Miffy products. Miffy Pluis 'was born' in 1955 and is still very popular with young and old. With us you will find many unique Miffy products with a nod to the theme of museums and art. How about the fridge magnet "Miffy with art" or the book "Miffy becomes an artist" or the nice Miffy keychain? You will find it in our Miffy collection