Vermeer - Girl with a pearl earring 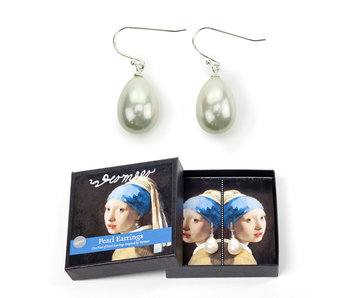 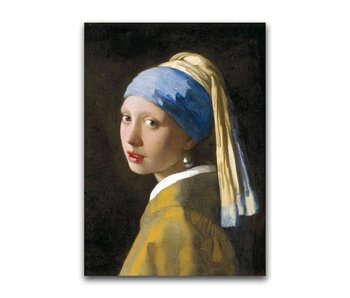 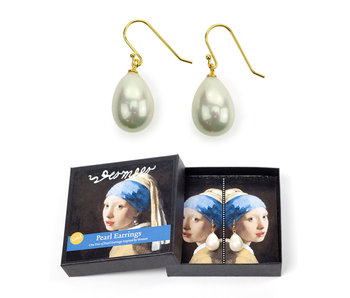 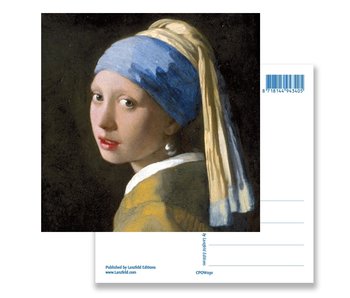 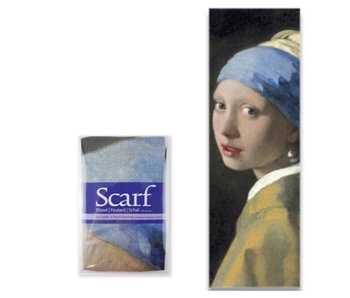 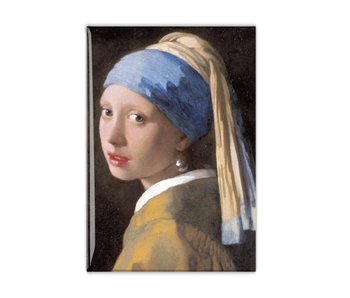 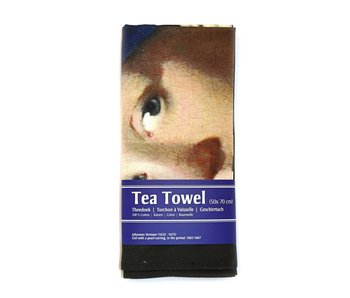 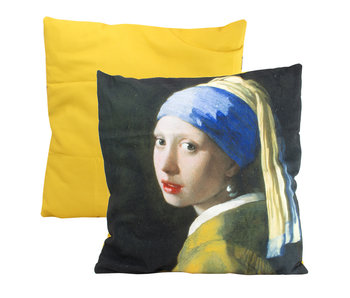 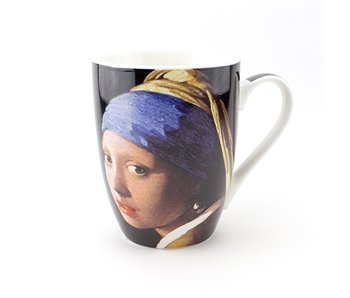 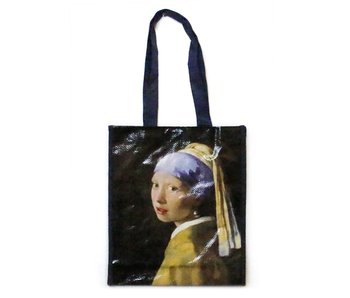 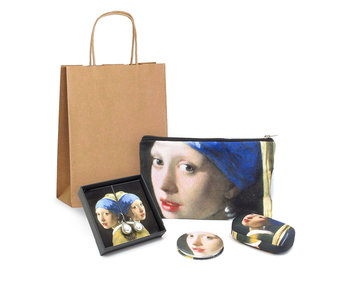 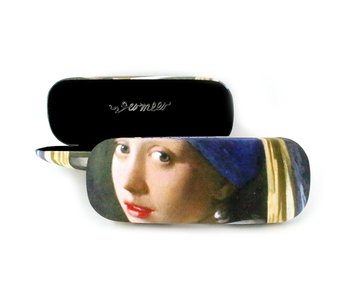 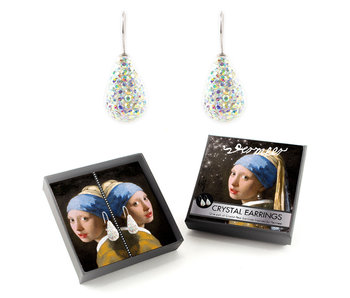 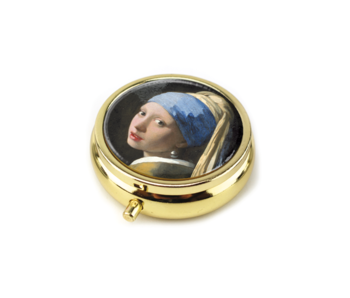 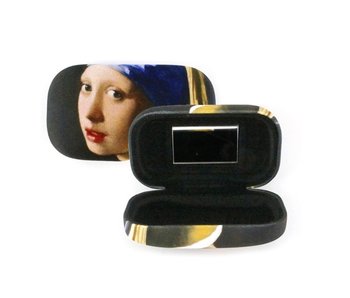 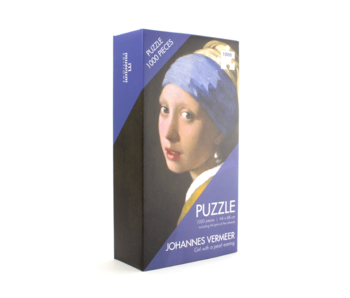 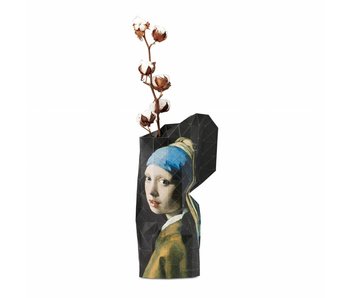 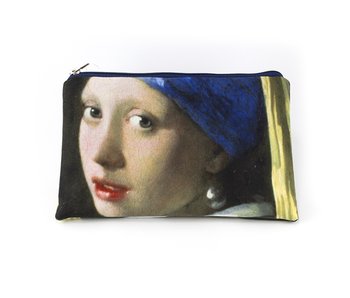 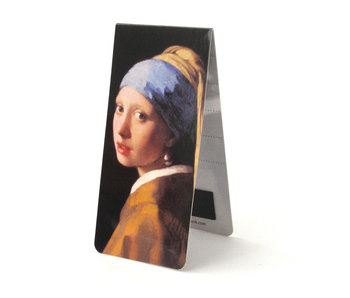 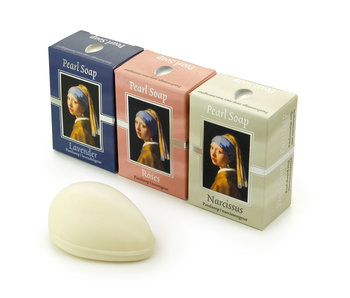 Soap, set of 3, Girl with a pearl earring, Vermeer 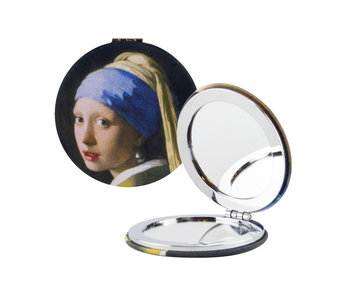 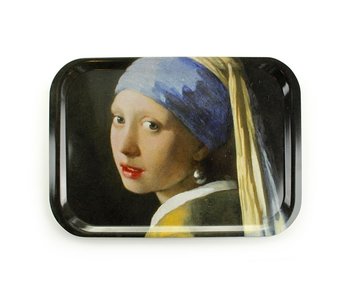 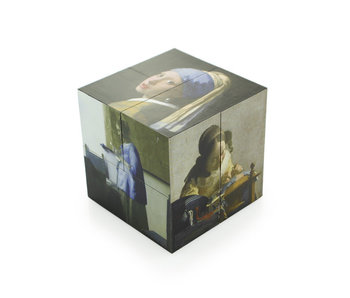 The painting Girl with a Pearl Earring is a painting from circa 1665-1667 by the Dutch master Johannes Vermeer. It has become his most popular painting. Girl with a Pearl Earring came into possession of the Mauritshuis in The Hague in 1902.
The painting is a so-called tronie, a study of a striking face, a facial expression or character. Rembrandt made this genre popular in the 17th century. Tronies were produced in large numbers for the open market. Unlike portraits, the models were almost always anonymous.

The girl depicted is wearing a blue turban with a yellow, falling cloth. The headgear contrasts with the brownish-yellow jacket with the white collar. Like Vermeer's other models, the girl has never been identified. Although his eldest daughter Maria, who was twelve or thirteen years old at the time, is mentioned as a candidate, there is no evidence to support this. It seems as if the girl looks directly at the viewer with her open-minded look. Her moist, extra red set lips give her a sensual look. The girl has neither eyebrows nor eyelashes. The background is black, but was originally dark green. Due to the deterioration of color and gloss, that layer has darkened over the centuries.

The 'pearl', which is not a pearl, catches the eye; a grand creation of glow lights and shadows and frayed edges. With two strokes of paint, Vermeer gave a bright accent of light at the top left and a reflection of her white collar at the bottom. Given the size and metallic reflection (no light scattering like a pearl), it is more of a glass, lacquered 'drop earring' than a natural pearl. Look in this category for replica pearls.

Until 1995, the painting was known as Girl with a Turban. It was only in the Mauritshuis that it was decided that Girl with a Pearl Earring was a better name.

In any case, it is certain that it appeared at an auction in The Hague in 1881. During the restoration of the neglected work, Johannes Vermeer's signature was discovered in the top left corner. The owner had no descendants and, upon his death in 1902, entertained part of his art collection at the Mauritshuis, including this painting.

We can also tailor any product in the Museum webshop for you in small quantities. Similarly, the earring sets. Request information on 31 (0) 883366990 or send an email to [email protected] We strive to answer your question within 24 hours! Or visit www.lanzfeldeditions.com.